PR Insight: Communication Across the Ages 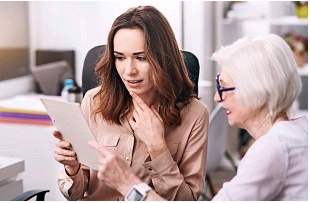 The modern office is currently experiencing a situation never seen before: there are now four generations fighting to coexist in the workplace. In many offices, veterans (born before 1946), baby boomers (1946-1964), Generation Xers (1965-1979) and millennials (1980-2000) are all represented and struggling to work together in harmony.

Such a wide representation of ages is leading to some unexpected complications—mainly, our ability to communicate clearly. Each generation is a product of its time, and the way the members of each express themselves often varies drastically. Add to that the fact that there are more communication channels at our disposal than ever before, and communicating only becomes more complex.

Poor communication among staff may not seem like a major problem for credit unions, but in reality, it can have far-reaching effects on their public image and perception.

At its core, public relations is all about effective communication. In order to frame themselves positively and accurately within the media and among the general public, credit unions must be able to craft compelling messages that resonate across various audiences. The first step is mastering internal communications to ensure that everyone at the organization can convey core messaging clearly and present a unified front when doing so.

Each generation was brought up in a different technological environment, and preferences are naturally shaped by what’s familiar. Veterans often prefer face-to-face communication, while baby boomers and Generation Xers generally opt for a phone call. Millennials are usually more drawn to written communication channels, like text messaging and email.

Knowing the dominant preferences of each generation can clue us into how we might most effectively approach others. However, it’s also important to avoid blanket generalizations. After all, just because someone is of a certain generation doesn’t mean they prefer to communicate through the expected channel.

To transcend communication barriers, it’s essential to pay attention to how each individual prefers to communicate. If you shoot Mike the Millennial an email every time you need to get in touch, but he always responds with a call, it might be more effective to pick up the phone next time.

Another factor complicating communication is that offices are undergoing a cultural reformation. While once formal suit-and-tie, nine-to-five was the standard, many offices are becoming more casual with the introduction of younger generations who prefer more flexible working environments. Jeans are the new uniform, flex hours have become an expected benefit and emojis in emails abound.

To strike an even balance and minimize instances of stepped-on toes, credit union management should be sure to set definitive guidelines around the formality of behavior, dress, communication and overall workplace culture.

Be Respectful of Different Working Styles

Along with preferring a less traditional working environment, younger generations often perceive work ethic differently than older generations do. Millennials in particular are driven by work that speaks to their personal passions and are likely to take a more individualistic and enterprising approach to their careers. They prefer to have more control over how their work gets done and are often of the mindset that success is about working smarter, not harder.

Furthermore, younger generations are more likely to job hop, since there are fewer incentives to stay with the same company. Pensions are becoming a thing of the past, and as such, many millennials see more opportunity on the open market.

For older generations who were brought up to see their work as a lifelong commitment, this approach often comes across as lazy or entitled. Veterans and baby boomers in particular are more likely to move up within the same company, stick to traditional structures and possess a “can-do” attitude that drives them to work as long and hard as it takes to be successful.

The key here is for everyone to practice more understanding. Just because someone works differently doesn’t mean their work has less merit. In fact, these differences can serve as constructive lessons if we accept them and seek to understand where they come from.

Diversity can lead to a more productive working environment if it’s cultivated and celebrated. Younger generations can teach older ones to be a bit more flexible, while older generations can provide younger ones with a greater sense of duty and structure. With a little bit of empathy, all generations will find more efficient and enjoyable ways to get their work done, together.