Meet Us in Your DMs: The Do's and Don'ts of Responding to Your Finserv’s Social Media Comments 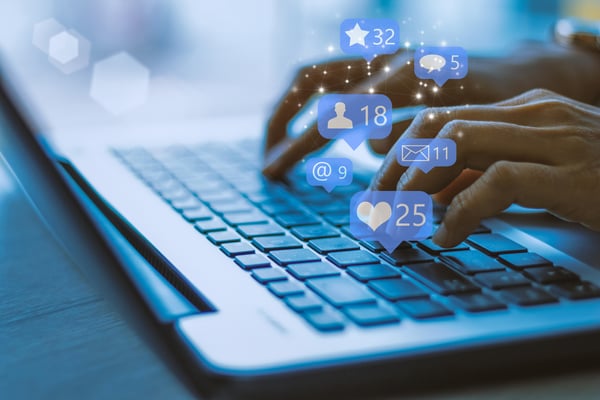 Since the beginning of social media there have been a wide range of uses. Whether you’re sharing a picture of your breakfast or opining on this season’s The Bachelorette, social media has created an equal playing ground for reaching out to just about anyone.

For banks and credit unions, social media represents an important channel for direct interactions with your institution’s customers – but within a public forum. Because of its nature, social media has introduced its own set of rules in terms of effective communications. Responding quickly and appropriately can often turn a negative into a positive, while not responding at all can sometimes turn a small issue into a much larger one. Here are a few “do’s and don’ts” to responding to social media comments and what we can learn from real-life examples:

Do: Monitor and Respond Quickly
While social media may not be your finserv’s biggest priority, it is important to have someone focused on managing your channels to ensure that any comments and mentions don’t go unnoticed -- whether positive or negative in nature. When it comes to negative comments, organizations must fight the impulse to simply ignore them. With users able to copy a comment stream to their individual devices with relative ease, negative comments that are ignored (or even deleted) tend to have a way of resurfacing later. The truth is, if you choose not to respond in a timely manner to something negative, you provide an opportunity for a disgruntled customer or vindictive competitor to frame the issue.

A recent case in point: a traveler was upset with American Airlines for giving up their spouse’s first-class seat, forcing them to sit apart on the plane, and then their bags not making a connecting flight. This traveler took to social media to vent his frustrations, tagging both American Airlines and its competitor, Delta, who jumped at the chance to respond. When American Airlines did finally respond, later, in a more private manner, it only made the airline and its lack of responsiveness look worse. This underscores how timeliness and tone of response matters in the world of social media.

Do: Personalize Your Response
While it is easy to give a generic response in an to attempt to diffuse a situation, that might create an even bigger issue. Typically the details of the issue are indicated in the outreach (which makes it easy to reiterate the problem) and how your organization is addressing the situation. Not only does this show that an actual person is dealing with the issue at hand, but also keeps your institution’s brand and reputation from being tarnished. Good customer service is responsive customer service.

Don’t: Forget to Recognize the Positive Comments
One of the best things about social media is how it can be used as a relationship-building tool between customers and an institution. Because of the nature of open communication through social media, customers also utilize their comments and mentions to provide praise for a job well done,  which should also warrant a response. If a customer comments on how well your institution is doing and takes the time to communicate that, then you need to quickly, publicly thank them for their kind words and their loyalty.

Social media has many advantages for an institution, when managed correctly. Institutions that invest in making the most of this channel to serve both happy and unhappy customers alike, stand to benefit the most over time.